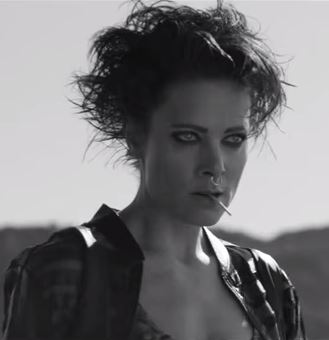 Partnering with Angry Mob Music and Biscuit Filmworks, Know New Art pays homage to the talented artists among us who have yet to be discovered. The Newport Beach Film Festival strives to find these artists, provide them a stage, and create a big, emotional impact, sometimes on a global scale. The festival serves as a place of profound awareness and exposure, both for the artist and the audience.

In our in-theater promo, from Biscuit’s identical twin directing duo the Freise Brothers, we have created a new form of non-traditional art that serves as a metaphor for the festival. In a high-contrast black-and-white world underpinned by Ezza Rose’s haunting musical track “Ophelia,” we follow an eccentric, rifle-toting new-age punk and her butler through a field of high grass where they pause to shoot a round of skeet. In an unexpected turn, clay pigeons have been replaced with homemade color bombs filled with brilliant powder which the sharp-shooting artist magnificently paints the sky with.

View all posts by cnash →