Registration on the day of the event begins at 7 a.m. in Jackson Park on First Street and the run/walk begins at 10 a.m. Participants should wear white T-shirts.

Started by Cameron’s mother, Terri Fitzwater Palmore, she describes the event as “the craziest, zaniest, happiest, and most colorful color palooza in Southwest Virginia.”

The event, which also includes an after party and door prizes, began in April 2013 with 421 runners/walkers. The following year it grew to 543 participants and in 2015 there were 773 runners/walkers from eight states, and 75 cities and counties, Fitzwater Palmore said.

The Foundation awards four, $1,000 scholarships each year to Pulaski County High School graduating seniors that meet the following qualifications for the scholarship: acceptance to a 2- to 4-year college or technical school; the writing of an essay on a specified topic and must have participated in one or more of the following activities — Scouting, choir, drama, MACC Academic Team, track, westling, and/or Young Life.

Cameron Fitzwater, 18, was headed to work at Panera Bread on a rainy afternoon on April 4, 2012, after school as he had done so many times before. He died when his car hyrdoplaned and crashed.

The teen was extremely active in school and in the community. He was captain of the wrestling team, captain of the Math MACC Academic Team, participated in choir, drama, Track, Young Life, and Boy Scouts where he was an accomplished Eagle Scout. In addition to attending Pulaski County High School, he also attended the Southwest Virginia Governor’s School for Math and Science.

Cameron loved his town and volunteered as often as he could, according to his mother. He grew up volunteering with the local Habitat for Humanity helping in the office, fundraising, and with the construction of Habitat houses. When the tornado hit Pulaski in 2011 Cameron went out that night and volunteered cutting down fallen trees and removing debris out of the roadways. He continued his volunteer efforts with Samaritan’s Purse in the days following. As a Boy Scout, he was involved in numerous service projects throughout the community and at Camp Ottari and Camp Powhatan. Wherever he could help, he was there, his mother said.

His mother has often said that he “lived big.”

Cameron wrote; “Kindle the fire within yourself. Use its light to stay the path. No matter how hard it gets, stay ever cheerful.”

To register online, go to www.active.com/pulaski-va/running-races/color-me-cameron-4th-annual-run-walk-2016. The race fee is $30. The event is free for kids 10 and younger. 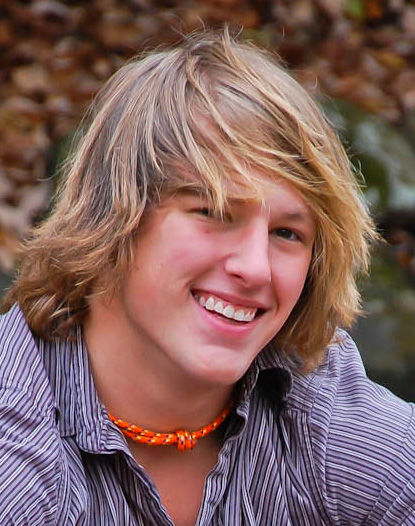